It is without doubt that the Mdina Chess Championship, sponsored by Mdina Engineering, is one of the most prestigious competitions that the Malawi Chess community has been blessed with.

The Mdina Chess Championship series debut was in the year 2010, and has so far run for a consecutive 8 years continuing to allure chess players from near and afar, no wonder Mdina Chess is popularly known by their slogan as the unsinkable ship, a gift to Malawi’s Chess.

This year marked the ninth (9th) edition of the Championship and it was held at the College of Medicine in the city of Blantyre, Malawi, from the 15th to the 17th of June 2018.

THE OPEN SECTION: CATEGORY A

The open section category A, attracted a total of 18 players with ratings above 1800 as an entry bar (click here to access the starting rank). After an intense battle of nine (9) rounds, Malawi’s favorite Joseph Mwale emerged the winner with a total of eight and half (8.5) points with eight (8) wins, one draw and zero losses.

He walked away with two hundred thousand Malawi Kwacha (MK200, 000.00), a branded Mdina chess gold medal and one of the most beautiful trophies the chess communities have ever seen leaving at most everyone in the audience admiring his success.

The silver medal was won by Wilton Calicoa from Mozambique after finishing with seven (7) points and here was a tie on the third place among three players who all had five and half (5.5) points.

THE OPEN SECTION: CATEGORY B

The Open section category B had a total of 48 players with ratings below 1800 (click here to access the starting rank). With eight and a half (8.5) points Stanely Mpinganjira was crowned the winner of the open section category B, he walked away with eighty thousand Malawi Kwacha (MK80, 0000.00), a branded Mdina chess trophy and gold medal.

The ladies section had a total of 20 players of which two (2) were from Mozambique, one (1) from Zambia and seventeen (17) from Malawi (click here to access the starting rank). The ladies section was won by Sheila Sitoe from Mozambique with seven and a half (7.5) points which included seven (7) wins, one (1) draw and one (1) loss. She walked away with one hundred and fifty thousand Malawi kwacha (MK150, 000.00), a branded Mdina Chess trophy and a gold medal. There was a tie on the second place among three players who all had six and a half (6.5) points.

After a tie break separation, the silver medal was won by WCM Constance Mbatha from Zambia while the bronze medal was awarded to Desiderata Nkhoma and Farnela Nuzela settled for the fourth (4th) place (Click here to access the final rank).

BRANDED PRIZES FOR THE TOP 10 WINNERS

During the closing ceremony, officials, chess players and invited guests had the pleasure to listen to one of the most amazing chess poetry. The poem entitled “This Poem” is an original, written and recited by Martin Mbendera, a student from Chancellor College and a chess player. He took his time to collect some of the interesting events that that happened during the three days Mdina Chess Championship. The first, fourth and fifth stanza of the poem reads:

This poem is pain, joy
This poem shall take it from your reactions
It shall talk of those ambitious people who never succeeded
And the gambit you practiced
That the Fear squeezed you within broad daylight
It shall narrate of that Man from Mangochi who had had his hopes so high
The computer who drew 6 consecutive games in Section A
And the guy next to you who now thinks chess has never been his calling

During the closing ceremony eight (8) individuals were honored by the sponsors of Mdina Chess for contributing positively to the uplifting of Malawi chess.

The awards came with a donation of twenty thousand Malawi Kwacha (MK20, 000.00) to each of the winners plus a certificate in the eight categories. Some of the awardees that shined included Mrs Susan Namangale, who is one of the presidential aspirants contesting in the 2018 Chess Association of Malawi (CHESSAM) elections and if elected in office, Susan will become the first female president since the associations formation. Mr Alfred Chinthere popularly known as the Great Finisher in chess circles, Mark Ndipita the current vice chairperson of Central Region Chess League (CRCL), Eddie Kulesi secretary for CRCL, Martin Mbendera the poet, Desiderata Nkhoma and Makhosi Nyirenda who are also contributors on Africa Chess Media website and Fide International Arbiter Gilton Mkumbwa.

A WORD FROM THE SPONSORS

Representing the sponsor of Mdina Engineering at the Closing ceremony, Mr J. Chipofya said that it is everyone’s responsibility not the sponsor and Associations alone, to take chess to greater heights in Malawi and encouraged everyone to play a role. He continued to share the good news of the planned tenth (10th) series of the Mdina Chess Championship, promising that they will be back next year with a bang and that the winner will walk away with one Million Malawi kwacha (MK1, 000,000.00) cash guaranteed, news that left almost everyone in awe!

Surely Mdina chess championship has been one of the biggest and best open tournaments that Malawi chess has hosted for a consecutive nine (9) years. Mdina chess has continued to deliver to the best of expectations of many chess players both local and international which has contributed to a lot of them improving in their play styles, especially the ladies since the introduction of the ladies category in the year 2015 in the championship.

Through the championship many chess players have been born and many given a future in chess. Mdina chess has given a chance for geniuses to unfold in many people as most have given and dedicated there time to study chess to not only participate but also win the championship. Indeed Mdina chess has become a house hold name in Malawi and an international brand. Thank you Mdina, Mdina Engineering for the support to Malawi Chess. 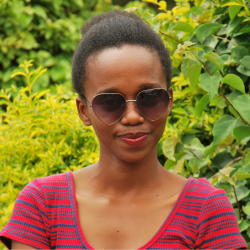 Latest posts by daisychess (see all)