The Journey of IM Farai Mandizha

International Master Farai Mandizha, now based in the United States of America, has had to overcome serious challenges to be where he is at the moment. Born in 1985, Farai was brought up the Mandizha way from the Mandizha home, a humble family that provided the needed encouragement to be an achiever and stand out among peers. Farai attended Mabvure secondary school, Murombedzi, before moving to Msengezi High school in Chegutu, under the guidance of the late Joseph Moyo. They both moved to the same school because of Moyo’s deep passion for chess. His passion was hugely enhanced when he moved from Msengezi high school to Prince Edward school, Harare, which had a legacy of quality chess players, coaches and have shown brilliant skills in tournament play. The school churned champions like Assad and Fysal Rhaman who were the country’s best chess players during their time as scholars. Some scholars, especially from Harare Schools Chess league, have blossomed to be the best of the best. As he captained the Prince Edward school chess team, which had players like Rodwell Makoto, Elisha Chimbamu, Preachmore Patiwako and Tendai Savanhu, they finished the whole chess league season without a defeat, scooped all the local awards during the period, as they won from St. Johns Chess festival to Hippo Valley chess festival. 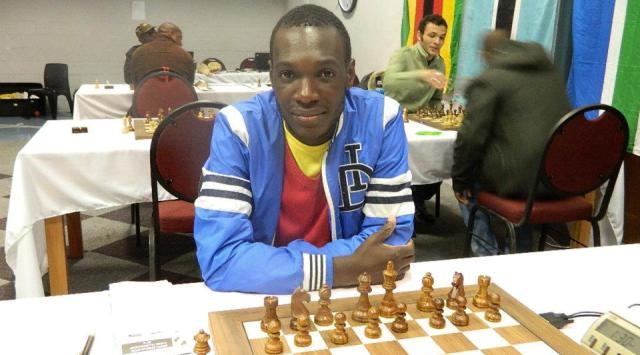 The team eventually produced some National Champions in IM Mandizha, Chimbamu Elisha and IM Rodwell Makoto, who all became National Champions at different stages of their chess playing careers. Their team was once coached by the late Clever Kachere, before Fide Instructor Elton Mhangarayi took charge of the team and brought so many honors and accolades to the school. This was a huge motivation to Farai Mandizha, whose thirst and passion for the game of chess was unquenchable. This also encouraged him to move from country to country in search of the Fide Titles. 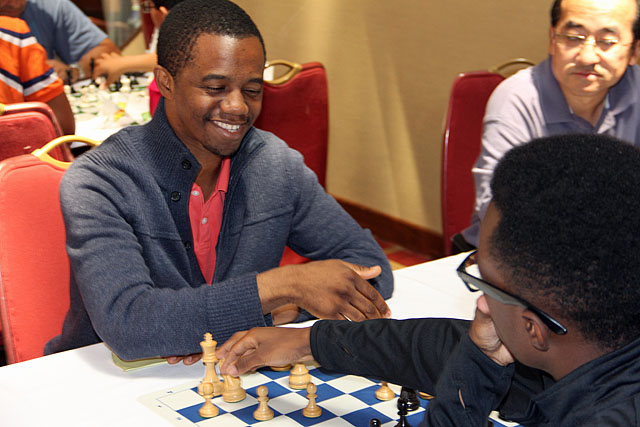 His first base for settlement was South Africa, where his game was developed and improved. Although the African Amateur Individual Chess Championship is currently not on the fide website, he triumphed at the event in 2003, and qualified for the World Amateur Individual Chess Championship, which held in Cape Town, South Africa, where he finally got his Fide Master (FM) title. This was an important achievement for the youngster at the time, as it spurred him to raise his game even more, such that he became stronger than any other player in Zimbabwe and some would say, in the whole of the Southern region at the time. 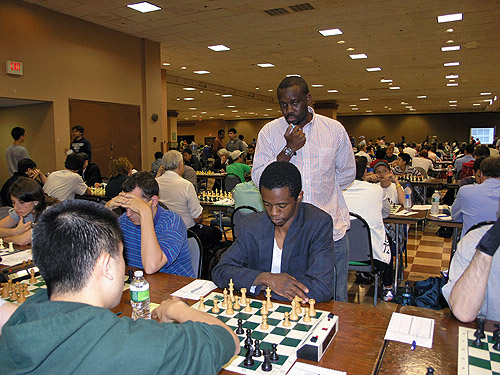 Farai became so strong that in the absence of IM Gwaze Robert, who is Zimbabwe’s best player ever, on the fide rating list, he would route his opponents at ease. However there was a National Championship game in which he lost to IM Makoto, after falling for an opening preparation and losing in thirteen moves. Mandizha then took a bold step and left for the United States of America in the late 2000. He was always a very good blitz player, but he had to convert this into being a solid classical player. This made him achieve his International Master (IM) Title in the United States of America, a feat which is not easy to achieve under normal circumstances, since most African chess players achieve this feat through continental championships. He had to endure a lot on and off the board, defeating the likes of GM Hikaru Nakamura at the Foxwood Open and playing brilliantly in a star-studded field at the Philadelphia Open in 2010. He also performed very well in the New York International Open Chess Tournament, and then he scored 7.5/9 in the under 2400 section at the World Open in 2010. Also caming out 2nd at the Second Millionaire Chess Open Tournament in 2015, with a scintillating performance at the tournament, defeating three (3) Grandmasters and picking up two (2) draws against GM Zhou Jianchao and GM Chirila Ioan-Cristian, to earn his place in the U2400 Super Monday Showdown and eventually, the second place at the tournament. 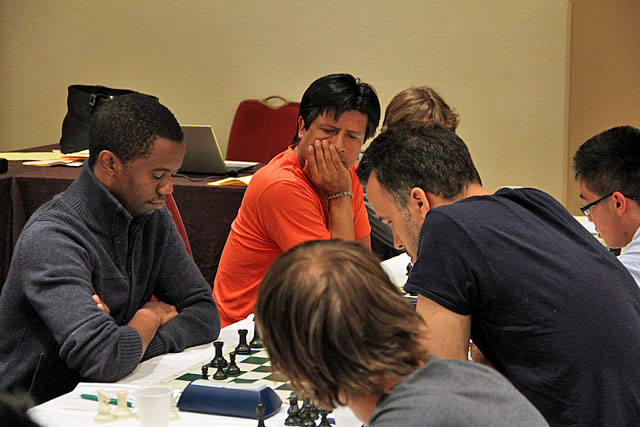 This led him to achieve the International Master Title with the standard three norms and strong enough rating points, a feat which made him one of Zimbabwe’s best inspiring chess players, who has left an indelible mark on the country’s chess system. Ndizhov, as he is popularly known by Zimbabweans, has been on a smooth sailing drive, as he has continued to perform better and better at each National outing that he takes part in. The Olympiads in Tromso, Norway, Istanbul, Turkey and Baku in Azerbaijan, has made him a darling to the chess fans as he played some of the most interesting games at these tournaments, probably taking a cue from the 2002 Gold medalist IM Robert Gwaze, who won the medal ahead of Grandmaster Garry Kasparov and gave Africa another reason to rejoice at an Olympiad. This seemed to have paved the way for the players like Mandizha and IM Rodwell Makoto. 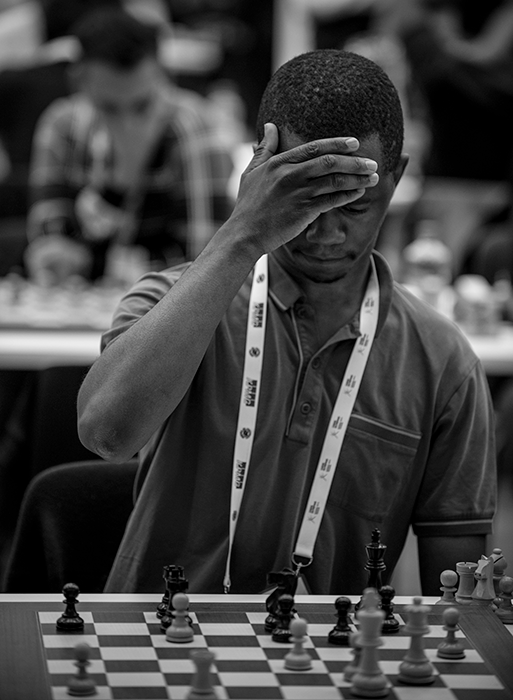 In His many accomplishments, Farai performed brilliantly at the 2017 World Open Chess Championship, earning himself a second Grand Master Norm, after finishing with 6/9 at the tournament with a performance of 4.5/7 (+3=3-1) against Grandmasters. This meant that he won three games, drew three games and lost only one game against the GMs. Ndizhov hopes to be Zimbabwe’s first Grandmaster and to be only the third Sub-Saharan Grandmaster after Amon Simutowe of Zambia and Kenny Solomon of South Africa who are the only Southern African Grand Masters at the moment.

The New York based Zimbabwean International Master has the sky as the stepping stone to the universe, which seems to be the limit at the moment, with his case that of which shows that chess has no boundary, and backgrounds rarely matter, as he came from a simple family to become what he is right now.

Coming from a rural set up school community, Farai rose above the tide and became an epitome of success as well as an example to all the scholars, that chess can get you to the top in any given field. He showed that hard work pays and there is nowhere in this life, where success just comes when a person is asleep. His is an example of a hardworking chess player who is almost at the crescendo of his chess career. Certainly, there is more to come for the husband of Respina, the chess trainer in America, as well as an active chess player. 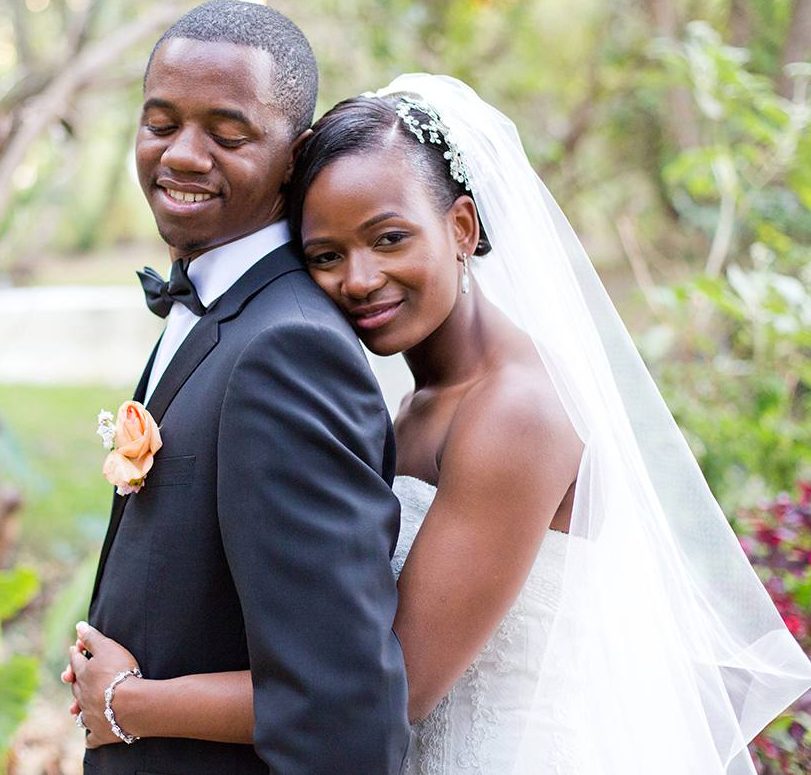 The writer believes that if given the opportunity and the time to show forth his talent, Zimbabwe can have a Grandmaster in Farai Mandizha latest by two years from now.

Special thanks goes to the late Joseph Moyo who identified this talent in the thicket of Mabvure, identifying a National team player, a National Champion, an international player of repute, takes spiritual understanding and a visionary to spot. I hope he also churns out players of Farai’s caliber in the not too distant future, considering his acumen and experience as a chess player and trainer. Currently, Mandizha is the highest rated active Zimbabwean player, with a rating of ELO 2406, followed by IM Rodwell Makoto who currently sits at ELO 2349.

Desiderata “My Desire” For Female Chess

Great to know this.

Human mind is capable of achieving great things when put to good use. The story is inspiring.

I’m not that much of a online reader to be honest but your blogs really nice, keep it up! I’ll go ahead and bookmark your website to come back down the road. Cheers

wonderful individual, met him in the southwest class chess Championship in Texas.
Gave me a lift to my hotel.
His is inspiring.

Thank you for the positive feedback.

Our goal at Africa Chess Media is simple. To get more people playing chess, talking chess, and promoting chess on the continent. We have seen the incredible potential of this simple, yet complex, life-changing tool. This has made us believe that it can be used to help transform our continent for good. Therefore, we seek to be The Voice of Chess in Africa.

@2022 - All Right Reserved. Designed and Developed by BeVisible247

V⚡️LT Chess Tournament: The Highlight of...

The Tale of Africa’s Youngest National...